A fairytales generator, based on the enigmatic Grimms brothers stories and narrative patterns theory of the folklorist Vladimir Propp.
Followed by illustrations and data visualization,  you can add/remove folklore functions and change the pattern of the story - creating new narrative and story in a few clicks. 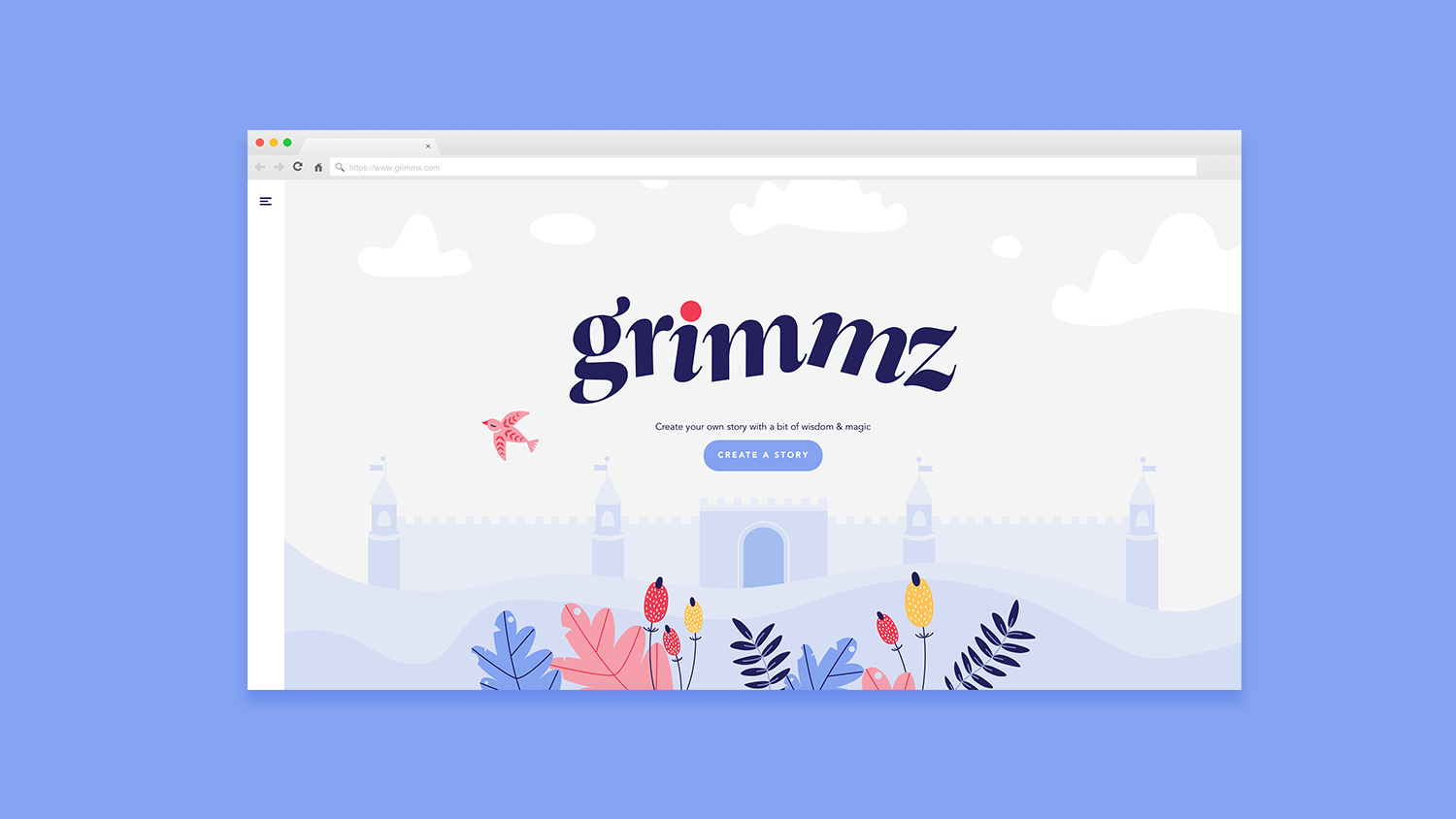 What if machines could write stories?
What are the boundaries between creativity and automation?

These are the questions I asked myself when I started working on "Grimmz", a fairy-tale generator, based on the enigmatic Grimms brothers stories and narrative patterns. 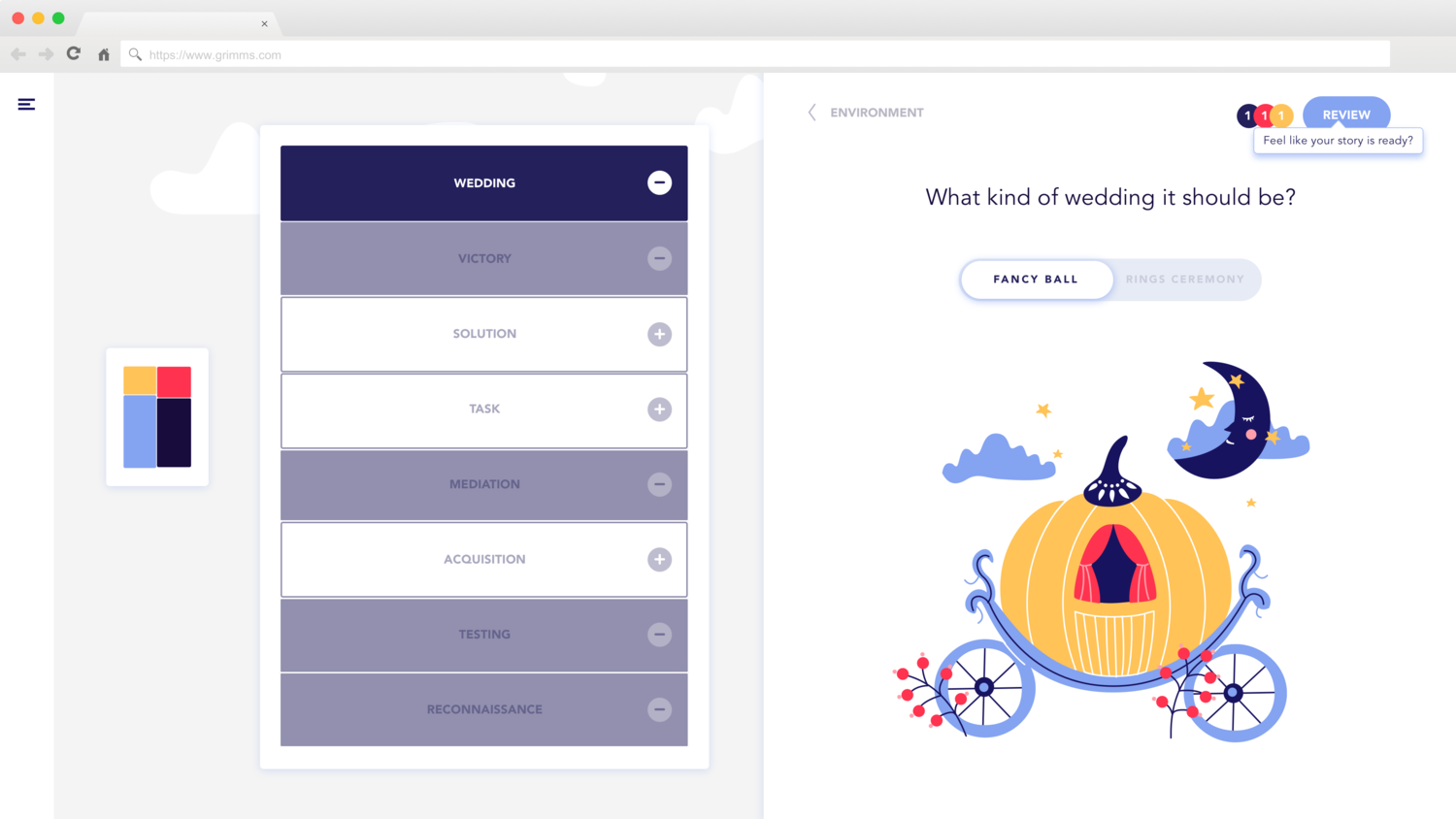 Stories and patterns
Grimmz is a data driven project.

The generator based on Grimm brother’s stories database, and the folklore patterns theory by Vladimir Propp's.
Vladimir Propp was a soviet folklorist that analyzed the fairytales, with a conclusion that all the fairytales based on the same narrative pattern, are made of 32 functions (31+0).

I took this theory and designed a platform where you can add/remove these functions in every story and change its pattern - while the story receives a new path and narrative. At the end - you get a new unique story that based on your own decisions. 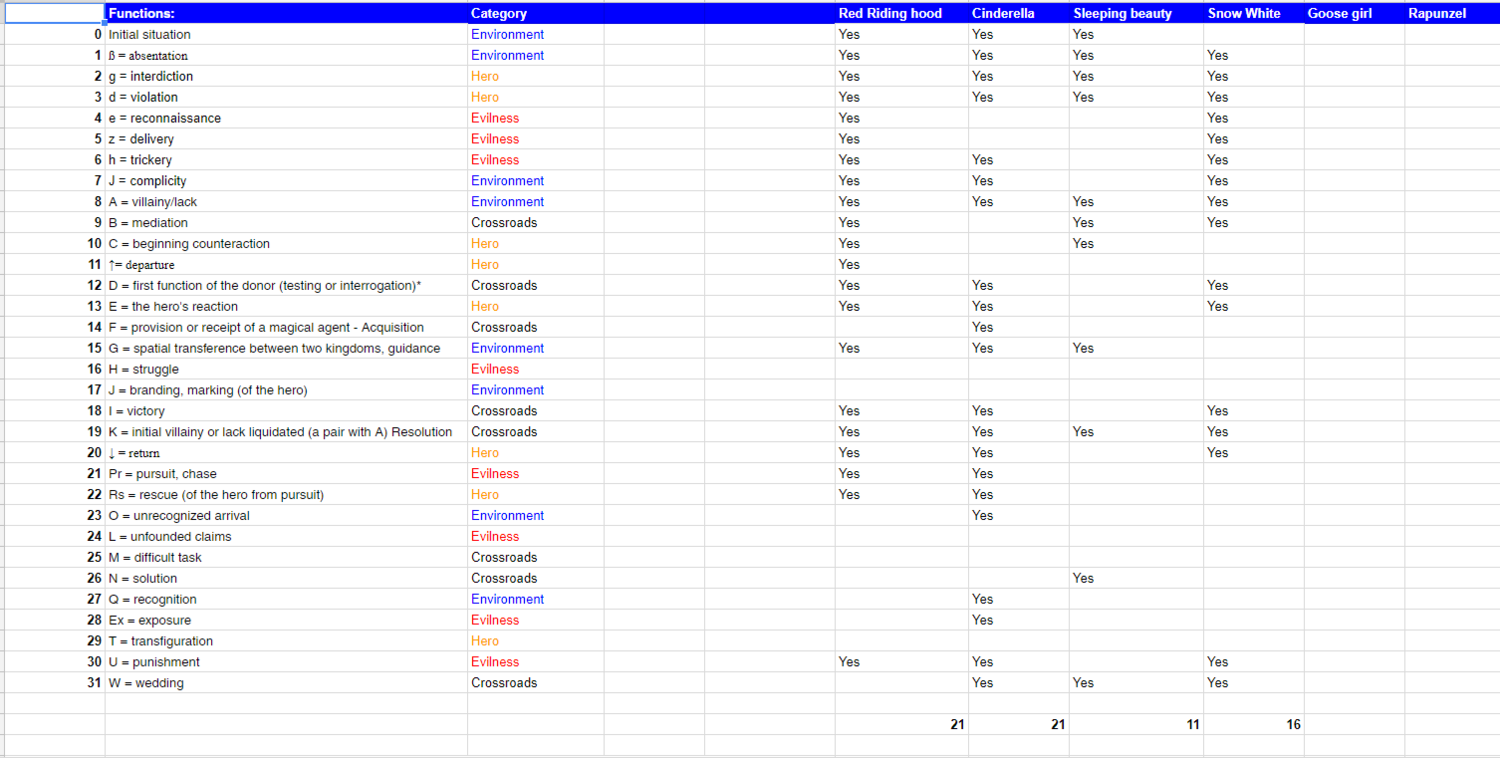 Research and sketches
After a long and enjoyable process of research and story analyzing, I started to work on sketches, first low-key wire-frames and the questions I wanted to ask the user, that will help him to answer and create a narrative of the story by giving them the options to decide every path.

Narrating the flow and how it'll follow the user's journey, creating a playfull experience, while also educating him on the amount of each 'section' trough simple data visualization and color coding. 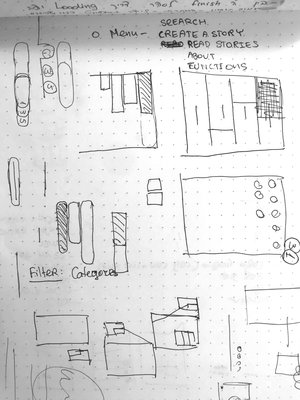 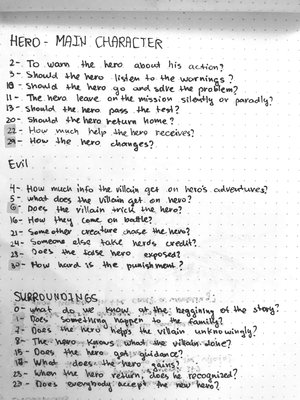 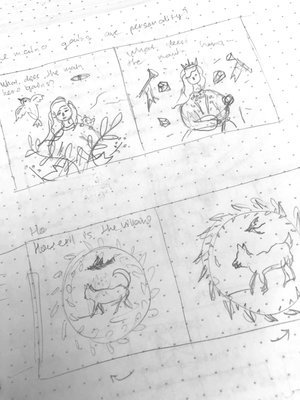 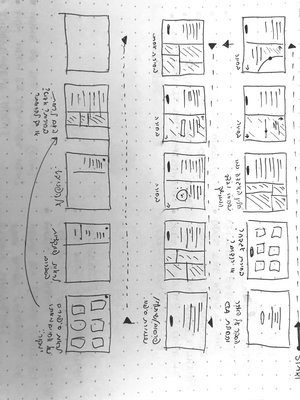 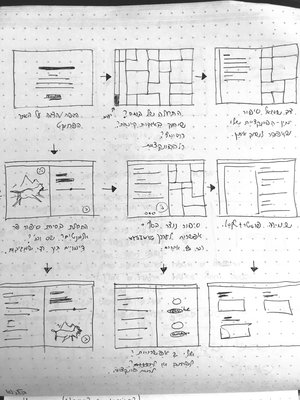 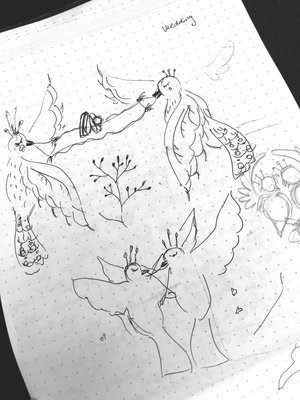 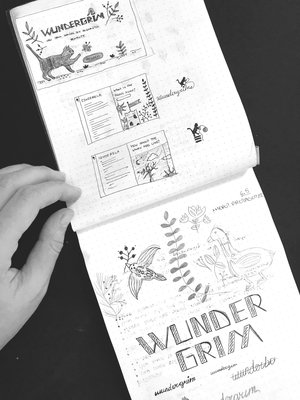 Illustrations style
In order to make it a lovable experience I decided to draw illustrations that will be presented in a folklore style, using old elements, ornaments, and known characters and symbols. The color coding is modern, bright and simple, leveraging the digital screen to give the fairytales new vibe.
‍
Adding illustrations beside the functions, having the illustrations change when you make a decision, making it magical and enjoyable process. 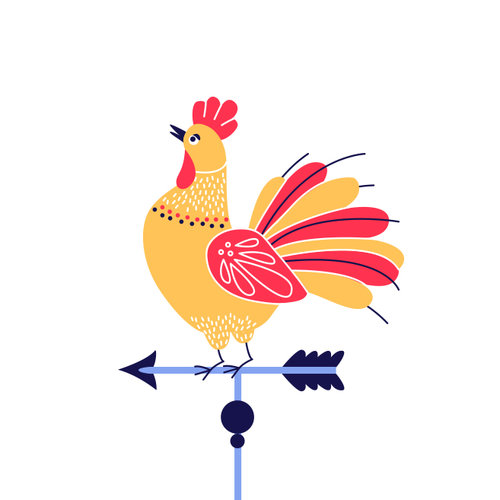 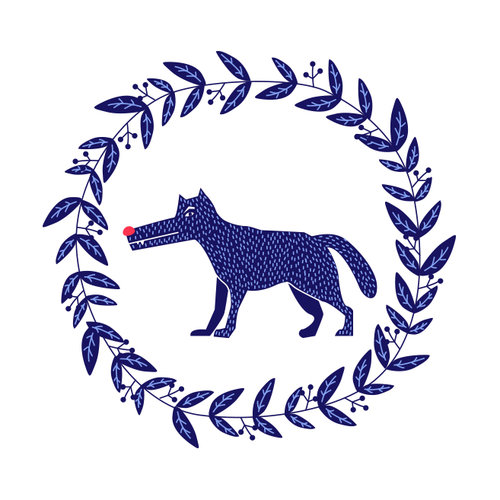 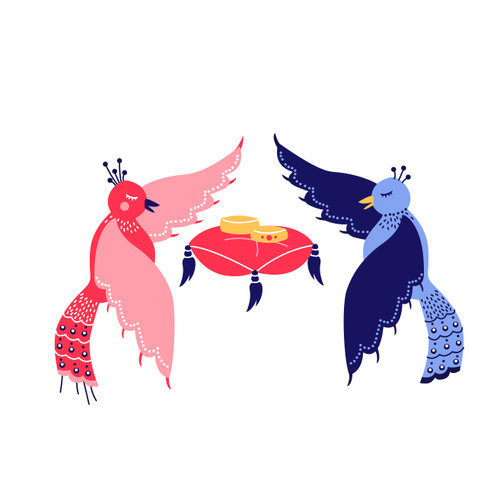 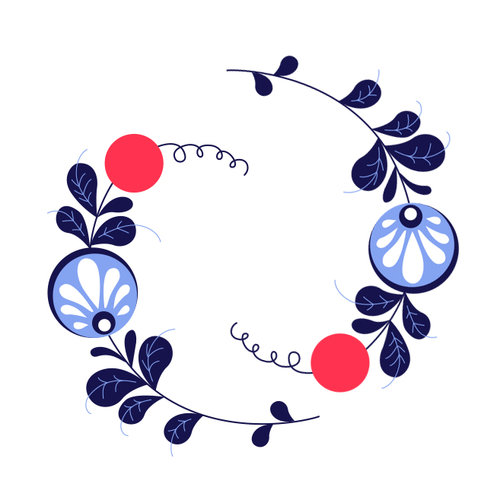 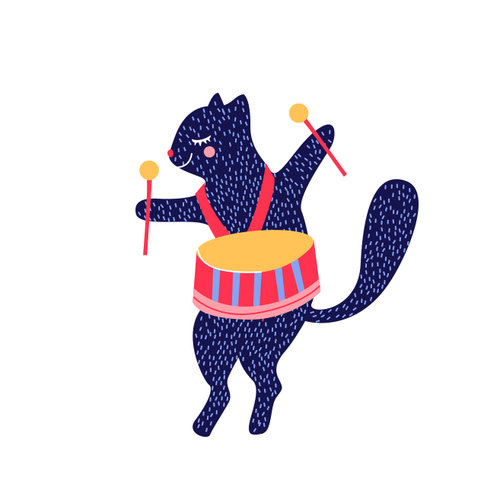 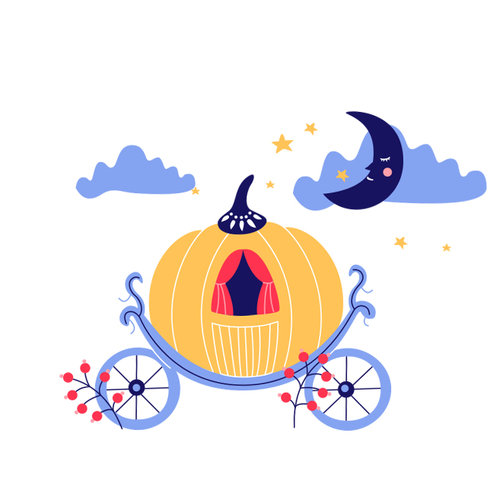 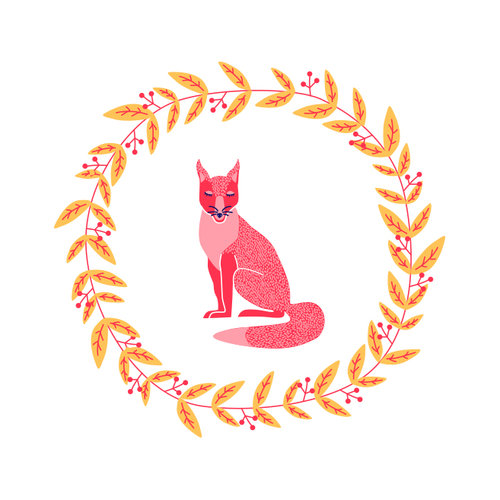 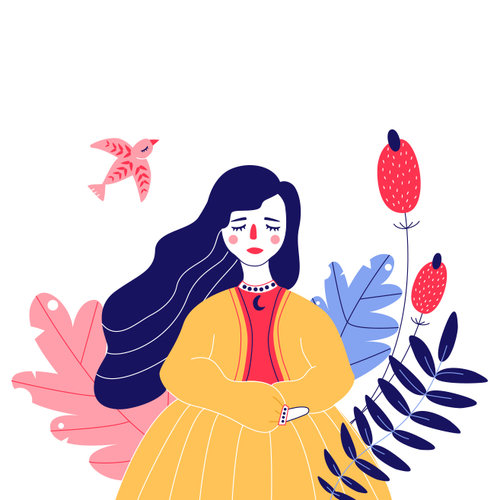 How does is work?
The functions were divided into 4 categories - Hero, Evil, Background and environment.

First - you choose an old story - for example the Red little cap (Red riding hood), and you can add or remove functions. For example - you can add a wedding in the end by editing the function 'wedding'.
You can also change the evil character,  general background story, etc.

At the end you can review the written story and see what changes were made (original story vs your story) using the tracking changes feature.

When you're happy with the story, you can rewrite the title of it, and you'll receive a landing page with your own new story  following by the lovely illustrations featured in it. 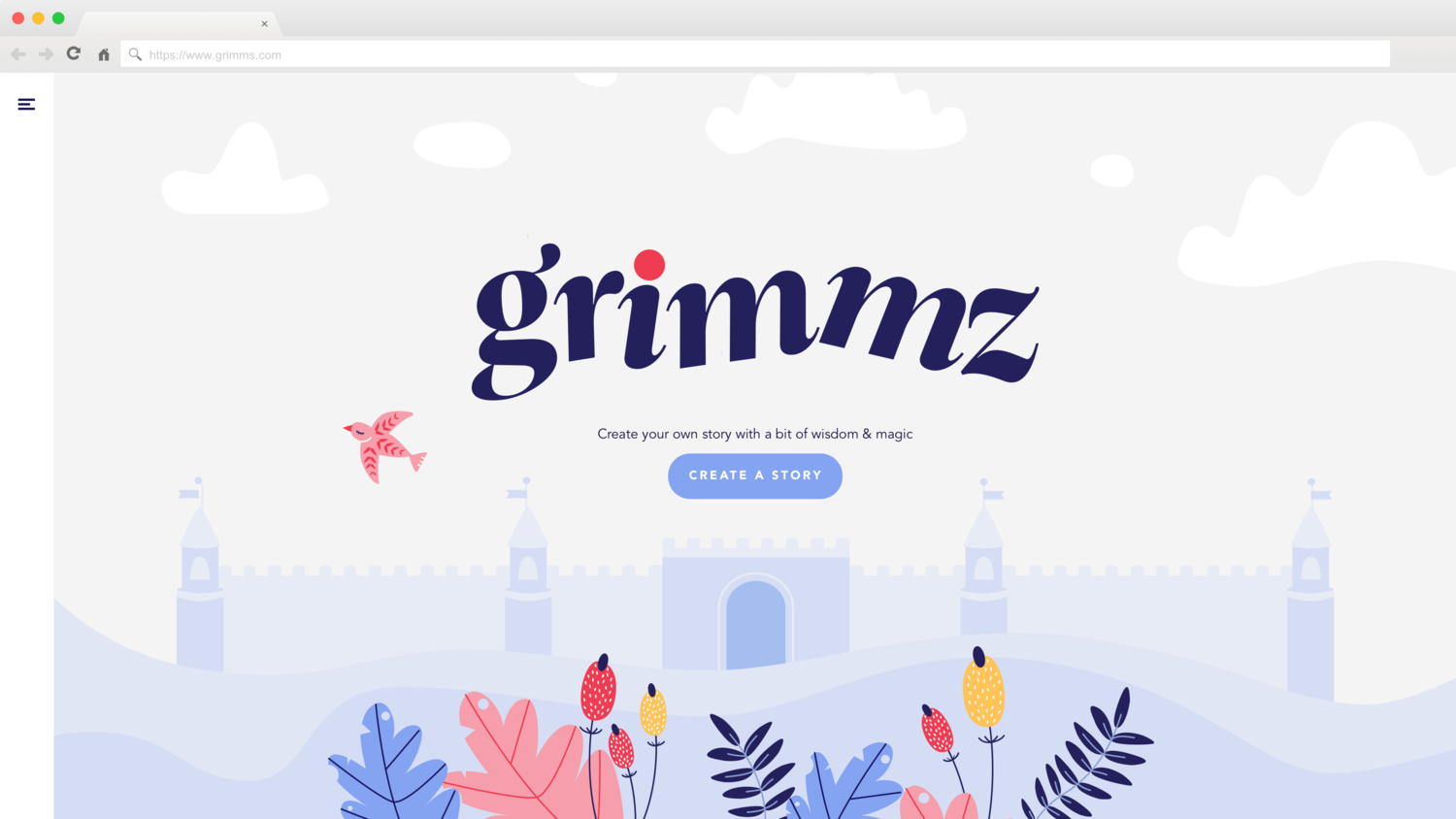 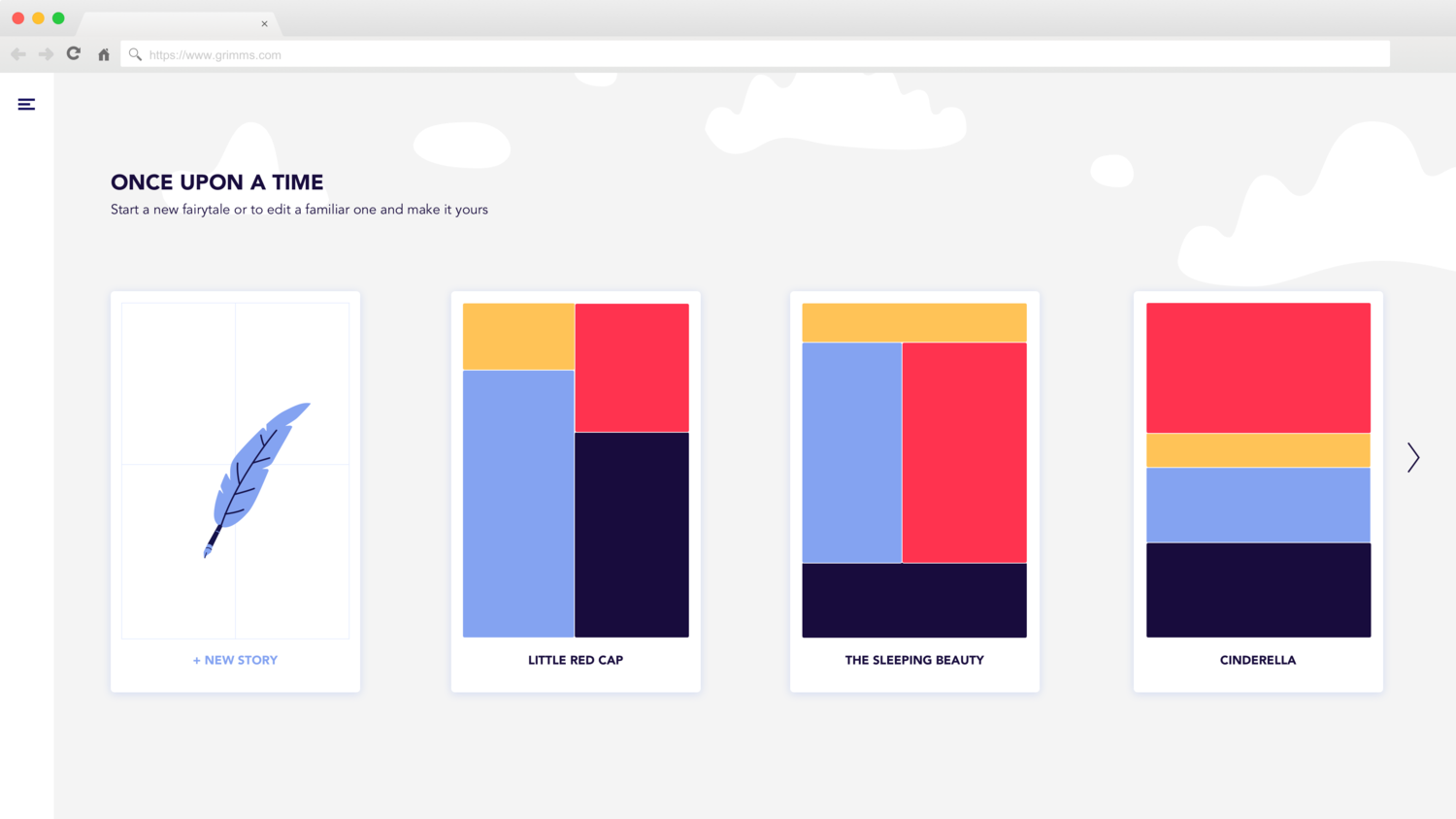 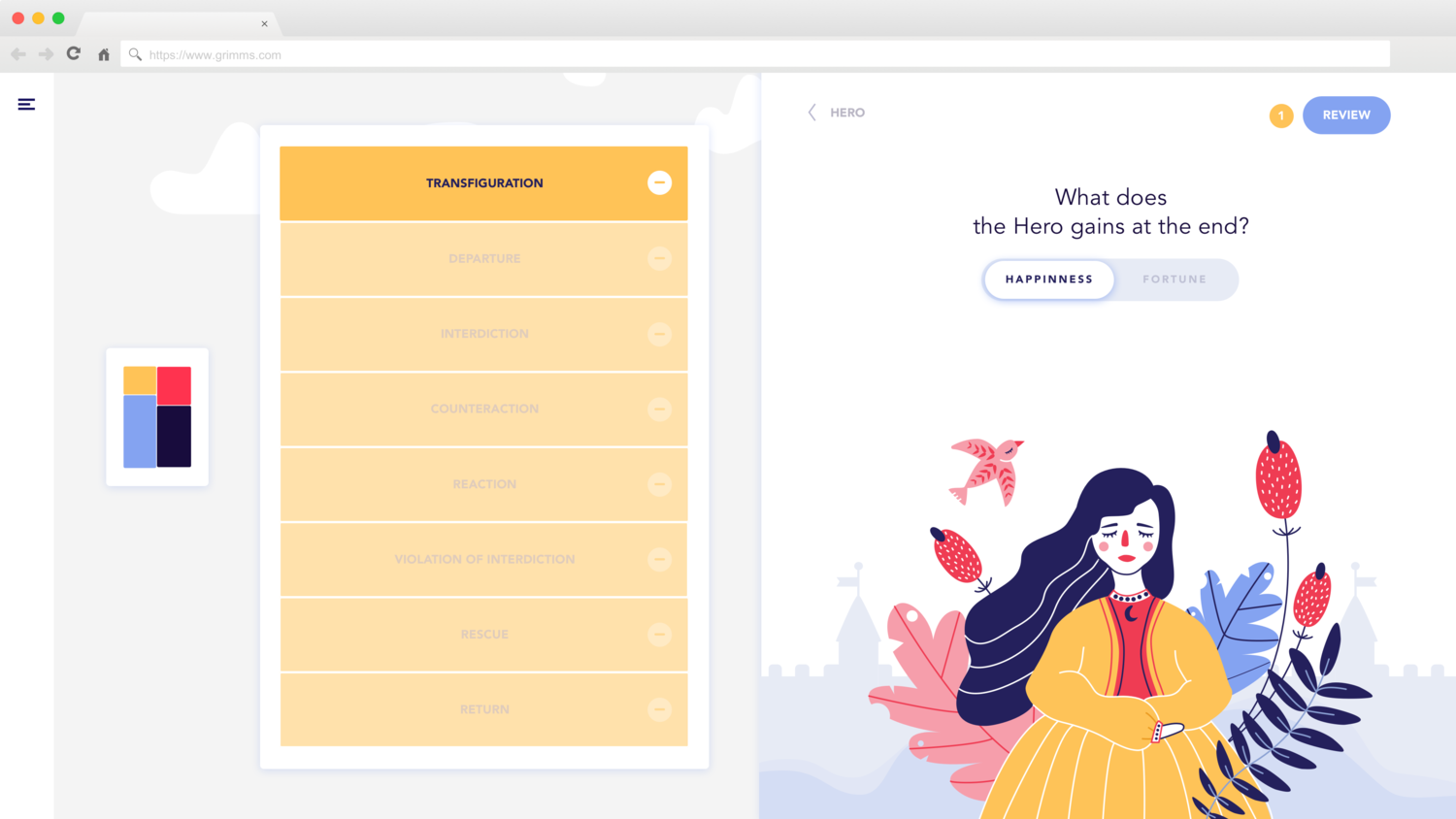 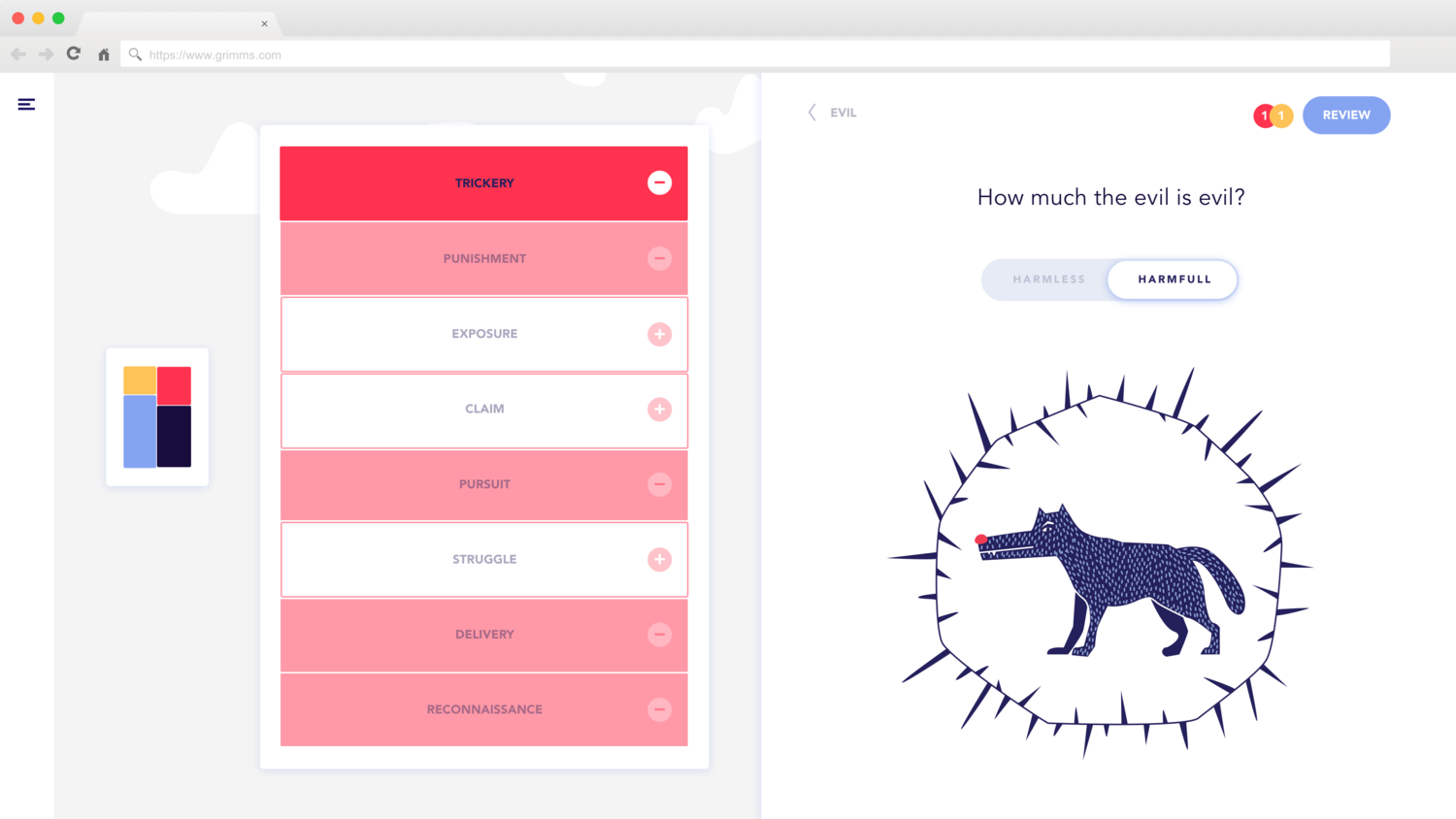 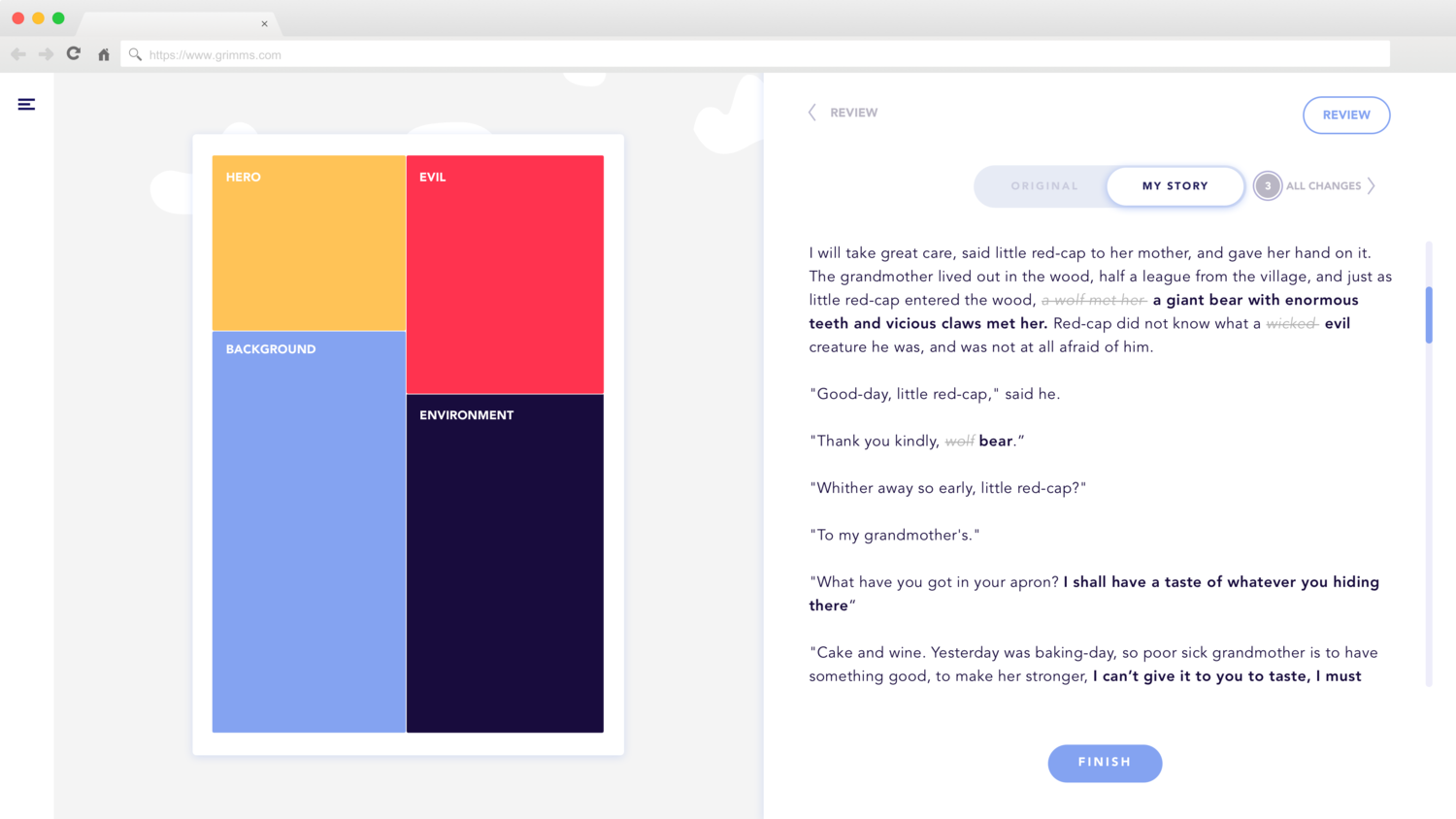 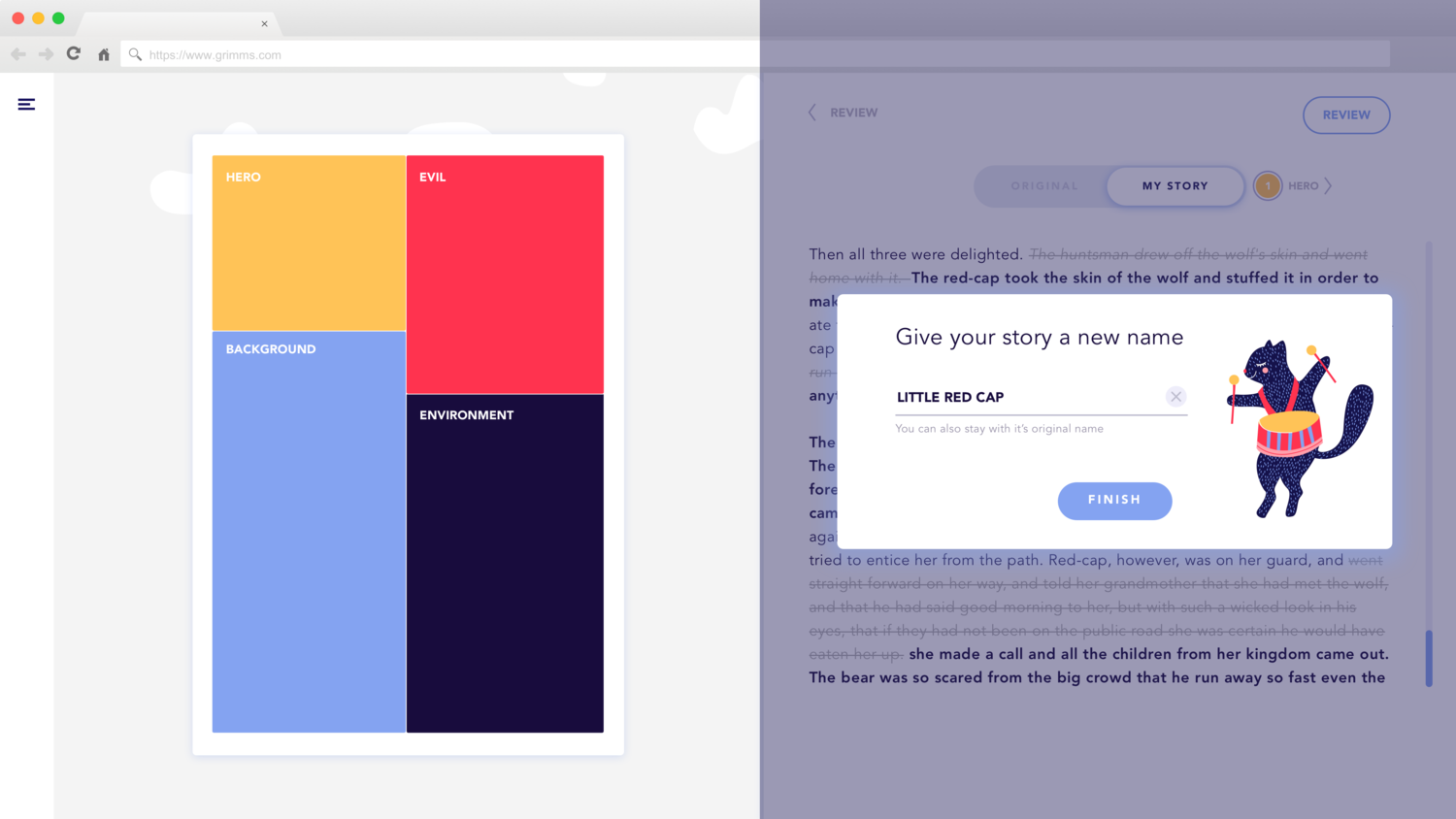 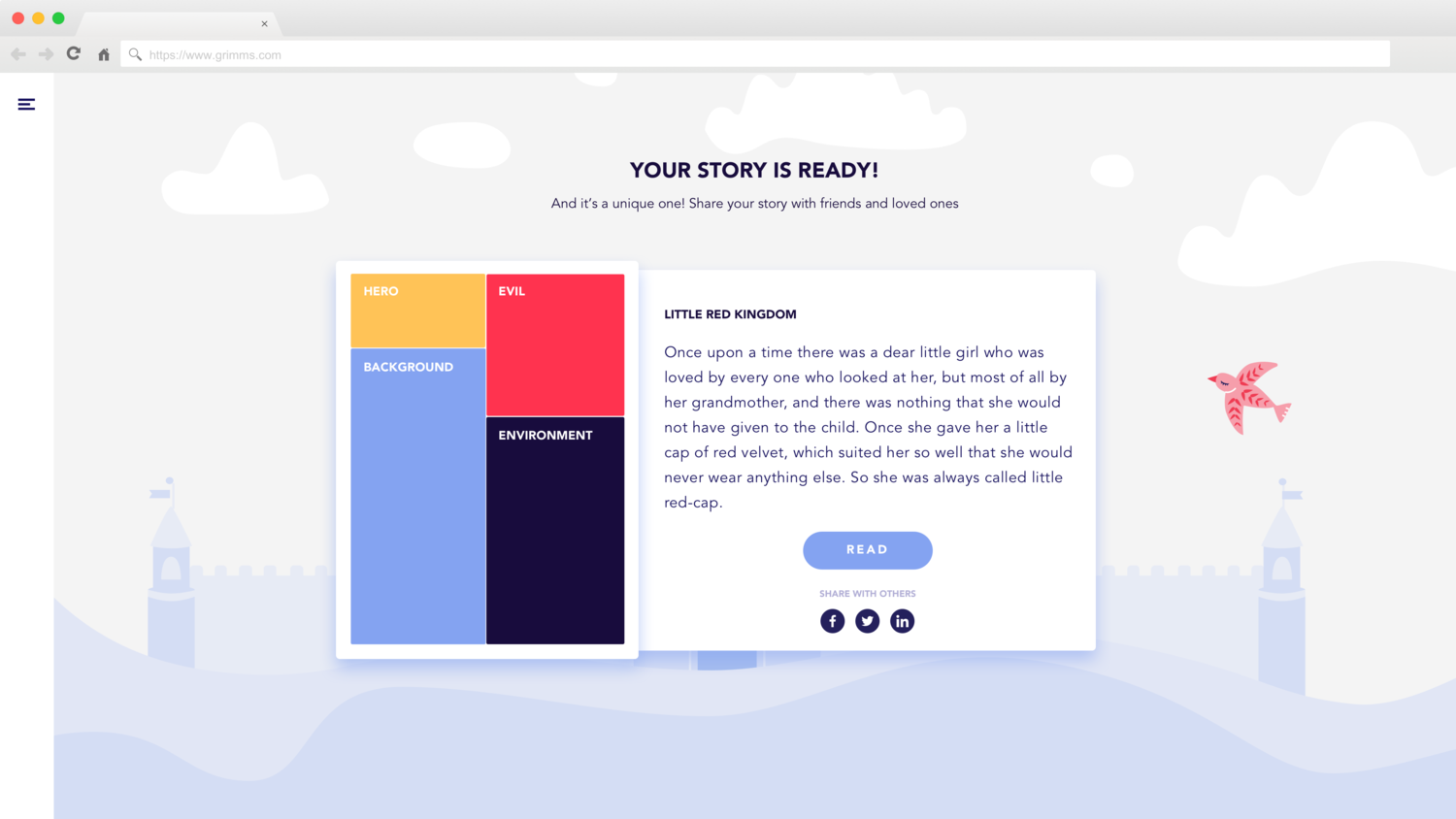 Prototype video
The functions were divided into 4 categories - Hero, Evil, Background and environment.
‍
First - you choose an old story - for example the Red little cap (Red riding hood), and you can add or remove functions. For example - you can add a wedding at the end by editing the function 'wedding'. You can also change the evil character, the general background story, etc.

In the end you can review your written story and see what changes were made during the editing with tracking changes feature. When you're happy with the story, you can rewrite the title of it, and you'll receive a landing page with your new story and the lovely illustrations featured in it.
A working generator
With a help of a friend we've managed to create a small prototype. It's input was a database of Grimmz brothers stories, while the model started learning those and outputting AI written stories. This was quiet interesting since we haven't used the functions (it was quiet a bigger work than 1 developer and 1 ux designer), yet the model managed to write a few funny sentences.

Here's some of those outputs:

He had no devil who reached home with me at the time.
So he herself was as big as the youngest cat, and begged them
all to remain enough to see how they had eaten out into the
world. And the king's son was now holding the dragon for a
little men, and the father had the hen, and at last devoured her,
where he awoke as the horse observed that the child was about
to make him winder.

IsVis conference 2019 talk (Hebrew)
I was invited to present Grimmz at IsVis, an Israeli data-visualization conference.
I've talked about why and how I started the project, my research on fairytales, Vladimir Propp theory, and how the project developed from my head into a visual representation.

I was also sharing a few sentences from a real-time generator I've made with a help of a friend, and what sort of funny sentences it gave me, based on the stories. I was mentioning Open.ai and talking about how in a near future this can come to life.